Restless babyboomers made the guitar a cultural symbol of the ’60s, and music festivals – where hundreds of thousands witnessed burgeoning musical heroes use the instrument in stunning new ways – played a major role. The Woodstock Music & Art Fair holds special status, so we asked Carlos Santana, Jorma Kaukonen, Jack Casady, and Tommy Shannon to reflect on the event. We dig into the guitars and amps seen onstage at Woodstock, extend the conversation with Santana, keying on his new album, Africa Speaks, then continue our ’60s-centric month with a look at Mark Lindsay’s Guild F-30NT and the Ampeg J-12R Reverbojet.

Finally, we get guitar-heavy in this month’s VG Approved Gear and detail the best new music in our “Hit List.” It’s all in the September issue! 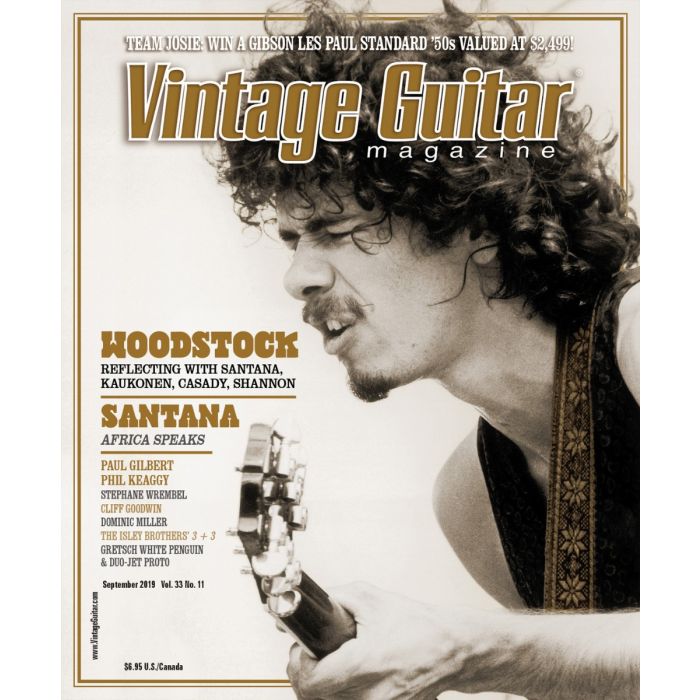 Skip to the beginning of the images gallery
Reviews 6
Write Your Own Review
Copyright © 1986-2020 Vintage Guitar, Inc. All rights reserved. www.VintageGuitar.com