Aerosmith co-founder Joe Perry reflects on how he was drawn to the guitar as a child, being influenced by the Beatles, Cream, and Hendrix, and his latest work with The Hollywood Vampires. We also study Charlie Christian’s 1940 Gibson ES-250, and reveal the story of Raphael Ciani – the ghostly great-uncle of NYC builders. Turning south, we dig into the roots-rock guitar scene of West Texas, including a look at three special guitars built by Ted Newman Jones. Dave Hunter shows how to record bass at your place. We offer a pictorial on the Surf Guitar 101 Convention, then pay homage to tube-amp legend Aspen Pittman and guitarist Neal Casal.

No other mag talks new music like Vintage Guitar! This month, we rap with Scott Gorham, Michael Schenker, Dudley Taft, and Sunny War. 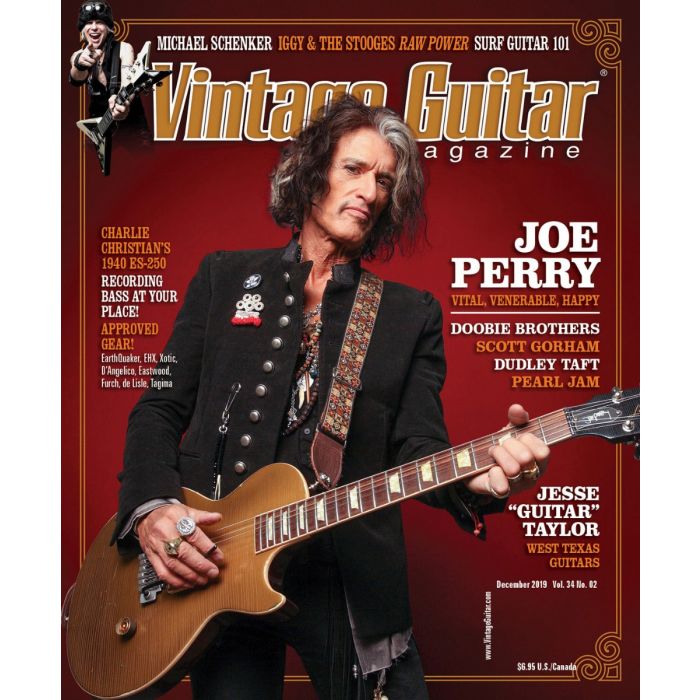 Skip to the beginning of the images gallery
Reviews 3
Write Your Own Review
Copyright © 1986-2020 Vintage Guitar, Inc. All rights reserved. www.VintageGuitar.com