We sit for an exclusive talk with legendary jazz guitarist Pat Metheny, who discusses his laudable career – and the most important guitars in his collection. Then, we focus on the many variations of the semi-hollow electric, including a survey of noted players, reviews of 12 modern models, and details on 47 more! We also profile Yamaha’s SA-15 and Rickenbacker’s 345 – two prime ’60s semi-hollows. Speaking of ’60s, we feature the Marshall Super Tremolo Model 1961, the mid-’60s guitar amp that was most like Fender’s famed tweed Bassman. There's also a close examination of of early tenor guitars, as well as a look at Guitarlington '15, and Wolf Marshall studies the style, sound, and licks of Bill Connors. 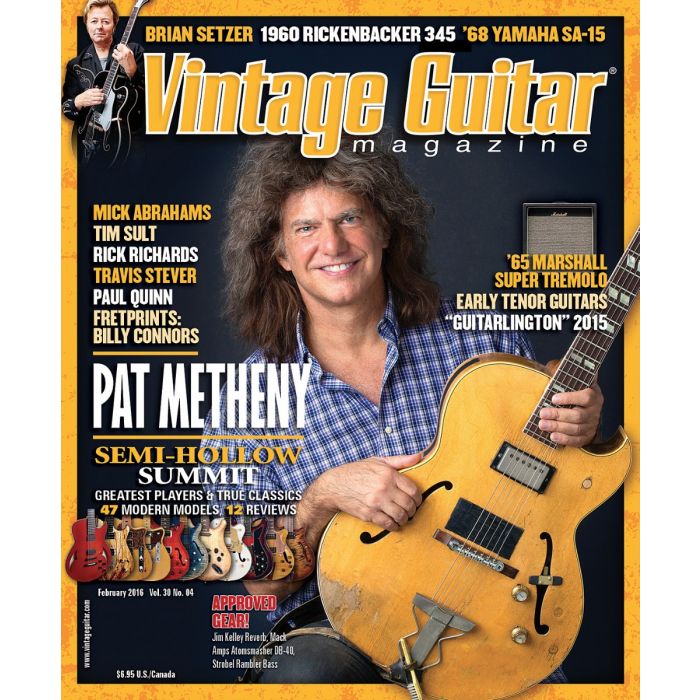