Be the first to review this product
$8.97
In stock
SKU
VGiJun2022
Add to Compare
Email

We welcome Mike Campbell, Vince Gill, Ron Wood, Nat Daniel, and the Gibson ES-330 to the VG Hall of Fame, while the Readers’ Choice Awards note the best music and performances of 2021 – by Vince Gill, Billy Gibbons, Robben Ford, Derek Trucks, and the Tedeschi-Trucks Band.

For more than a decade, an Alembic Long Scale was David Hood’s #1 bass as the world-famous Swampers backed a laundry list of high-profile artists on megahit sessions at Mussel Shoals Sound. We tell its story.

Most classic amps stand on their own merits. But when a hallowed creation also has a fun artist-related history like this road-worn ’57 Fender Super formerly owned by Dwight Twilley, there’s a whole other dimension to the tale.

It’s all in the June issue of Vintage Guitar! 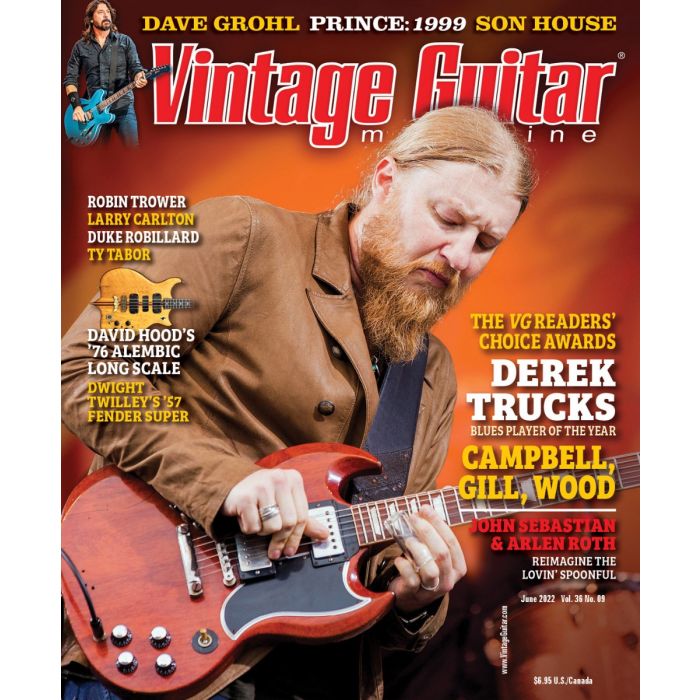